David Wilder is a recurring character in Season 5 of Dawson's Creek. He is portrayed by Ken Marino.

David Wilder is a Professor of English Literature at Worthington University. He is very attractive and most girls at Worthington College have a crush on him, creating situations which he usually finagles himself out of by saying he's married. He is sorta down on himself and sarcastic mostly, as he has published his own work but never became a commercial success. He doesn't believe he has the talent of a great writer and instead decided to help people who do cultivate theirs, as a Professor.

Joey has a hard time keeping up in his class and she wants to drop it. But he sees the potential in her and pushes her to continue. They grow closer much closer and they end up seeing each other for a short period of time. 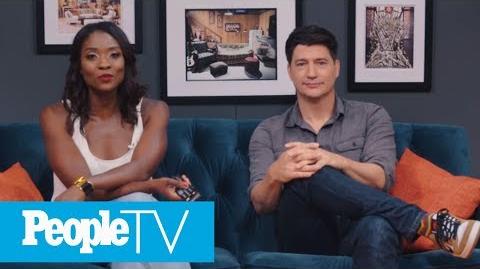 Retrieved from "https://dawsonscreek.fandom.com/wiki/David_Wilder?oldid=16273"
Community content is available under CC-BY-SA unless otherwise noted.