1st — Jen was confused after seeing her ex, but more so doubting her dependence on relationships
2nd — Jen started the conversation, but both agreed that there wasn't anything there anymore

1st — Jen wants to be friends, which Dawson agrees to but can't bear. Then they almost kiss and when Jen seeks comfort after her Gramps dies, Dawson's realising his feelings for Joey. Jen subsequently tries to win Dawson back and he's later there for her.
2nd — They reconnect after Dawson and Joey's break-up, Jen produces Dawson's next film and they have a fling but don't have sex as Dawson's on the rebound
3rd — They manage to fairly quickly become friends again.

❝ As much as I love those people in the next room, I'm happy with you. And no one else gets to weigh in on that ❞
—Dawson[src]

Dawson met the girl next door at some point when they were kids[1], but they reacquaint when Jen moves to the Creek. Instantly attracted to each other, Dawson pursues a romance and they eventually get together, but break up due to Jen's tough upbringing and her feeling lost in her life.

The two form a solid friendship following Dawson's break-up with Joey[2], but when Dawson's father passes away[3], Jen manages to find a way to reach Dawson and be there for him, and at a getaway to a film festival, they reunite[4].

Jen and Dawson re-meet when they're 15, Dawson's greeting indicating that he knows Jen from when they were younger or has at least seen her around the Creek years before[1]. He is immediately infatuated with her and pursues her unapologetically, culminating in their first dance together, despite Jen's reservations[5].

After helping Dawson film a scene at the ruins, they share their first kiss and start a relationship, which is quickly complicated by the revelation of Dawson's mother's affair and Dawson's hesitance to be truly emotionally intimate with Jen and let her support him[6]. Dawson usually goes to Joey, which makes Jen feel like she's somehow playing second fiddle[7].

Despite Joey's clear feelings for Dawson and reprehensible behaviour towards Jen, they couple stay together – until Jen's ex-boyfriend comes to town and Jen starts to doubt everything, including her relationship with Dawson[8]. After Jen breaks up with him, she dates Cliff but soon realises she wants Dawson back. Dawson, meanwhile has begun to realise his feelings for Joey and reacts coldly to Jen's advances.

When Joey and Dawson start dating, Jen at first feels disillusioned, which extends to her view on her whole life in Capeside, greatly influenced by the loss of her Gramps[9]. Continually in a funk and feeling estranged from Dawson and Grams, Jen starts hanging out with Abby Morgan, who encourages Jen to try and win Dawson back.[10] This coallition makes Dawson uneasy, and eventually upset with Jen when she attempts to seduce him into coming back to her, although she is secretly devastated at her actions. Dawson rejects Jen and the two spend some time apart.[11] Joey suggests inviting Jen to the school dance, prompting Andie and Dawson to happily match her with Jack, although Pacey and Joey are against it.[12]

After Joey breaks up with Dawson, he starts noticing Jen's actions and looks out for her, when Chris Wolfe zeroes in on her.[13] He's there for her when Jen crashes in his room being to drunk to go home and intervenes when a wasted Jen is hooking up with Chris and his friend. While Jen is livid at Dawson, she finally opens up to him about how horrible she feels and he comforts her.[14] They start spending time together and Jen works as Dawson's producer on his upcoming project, where he is incredibly impressed by her skill. When Dawson laments his "too adult" mindset, Jen offers to teach him to just be a teen. This leads to them skinny dipping and Dawson kisses Jen, who rejects that they start anew as she feels good about their new friendship.[15]

❝ When Dawson Leery climbs through my bedroom window it had better be for me ❞
—Jen, to Jack[src]

Even so, the two find themselves almost sleeping together one night, fuelled by loneliness, heartbreak and Dawson's parents' imminent divorce.[16] Jen is exasperated at Dawson and Joey's lies to each other about what happened at Abby's "revelation session". She talks to Jack about it afterwards, and tells him that she still has feelings for Dawson.[17] While shooting Dawson's film, Jen meets and starts dating Ty, while Dawson remains heartbroken over Joey.[18] After Jack comes out, Dawson tries to get back together with Joey who rejects him, while Ty shames and blames Jen for his sexual needs and she breaks up with him.[19]

When Dawson and Joey get back together, Jen doesn't seem that bothered or upset, although it also coincides with Abby's sudden, tragic death.[20] Jen actually moves into the Leery house[21] and gets care and support from Gail, which both she and Dawson seem to be dealing with fine. Jen and Joey even team up on Dawson and Joey's date night to reunite Dawson's parents.[22] Feeling like she has nowhere to go following the fallout with Grams, Jen actually attempts to leave Capeside, which Dawson doesn't seem to know about.[23] She briefly moves in with Jack and then they both move in with Grams upon reconciliation, which Dawson might not know about until later, as he's occupied with Joey's father dealing drugs again which ends their relationship.[24]

Dawson visits Gail in Philadelphia for the summer, while Jen and Jack hang out and become a family, along with Grams.[25] Upon Dawson's return as school starts, he elicits sex advice from Jen regarding Eve, which she is happy to give.[26] When Dawson comes into conflict with his Dad, inadvertently setting Jack up for failure on the football field, Head Cheerleader Jen teams up with Dawson to help the players disguise themselves, which ends in success for the Capeside Minutemen.[27] Dawson uncovers Eve's identity as Jen's long lost half-sister, but never divulges it to her. Dawson finds it hilarious when Jen is crowned Homecoming Queen, knowing her well and how she's not into all the trappings of high school social strata. He encourages her to just be herself and do what she would do with the position, make it her own. Dawson attends the Homecoming Gala Jen arranges, providing her with moral support.[28] Jen and Dawson collectively worry about their respective emotional prospects when they see Pacey and Joey together and end up ballroom dancing.

Joey and Dawson discover Jen and Pacey's friends-with-benefits relationship, to which Dawson reacts nonchalantly. He does, however, refer to the idea when talking to Joey as 'inevitable', citing Jen's "fake sexual bravado". It could sound derogatory, but is probably meant to suggest that it's not the real Jen he knows, but an image he's seen her use to protect herself before.[29] When everyone rallies to help out Joey & Bessie with their new B&B, Jen is trying to sort through her feelings for Henry. She and Dawson talk and she asks him why he reacted as he did when she told him about her past. He tells her it's probably the human response to the unknown, but moreso that he was completely in the wrong.

Dawson's concession encourages Jen to take a chance and open up to Henry about her past, to which he reacts well, telling her that it's what makes her who she is — the person he cares about.[30]

❝ So here's what I'm gonna do. I'm gonna give you a hug, and I'm not gonna let go for a long time. I'm gonna tell you that I love you, which is a pretty good deal. It means that I'll do anything on the off chance it might make you a little less sad ❞
—Jen to Dawson[src]

as i lay me down | SOPHIE B. HAWKINS
jen sits on her dock and dawson joins her

the moon and the sun | HEIDI BERRY
dawson sees jen 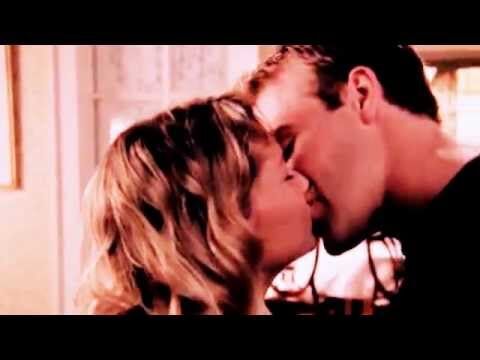