watch 03:27
Wiki Targeted (Entertainment)
Do you like this video?
Play Sound
This article is a stub. You can help Dawson's Creek Wiki by adding information.

2
Devon is a guest character in Season 2 of Dawson's Creek. She is portrayed by Rachael Leigh Cook.

Devon is a film student who works occasionally as a nude model for art classes. She comes across Dawson and learns of his impending film, sponsored by the Boston Film Festival and decides to audition. Devon is a direct person, who is not above taking any means to get to know her character. She portrays Sammy, the character based on Joey, in Dawson's film Creek Daze. 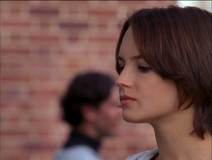 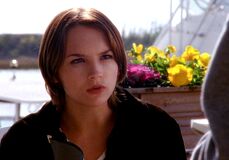 His Leading Lady
Add a photo to this gallery
Retrieved from "https://dawsonscreek.fandom.com/wiki/Devon?oldid=22987"
Community content is available under CC-BY-SA unless otherwise noted.