So she was vulnerable; perfect for you. 'Cause you're only interested in girls you can save or screw, right Pace?
—Dawson

Show Me Love is the 21st episode of Season 3 of Dawson's Creek.

A DEFINING MOMENT – As Capeside prepares for the annual spring regatta, Dawson (James Van Der Beek) and Pacey (Joshua Jackson) compete for the winning trophy, only Joey (Katie Holmes) is tired of feeling like the prize. Meanwhile, after many weeks of mixed messages, Gale (Mary-Margaret Humes) makes the first move with Mitch (John Wesley Shipp), and after Jen (Michelle Williams) finally forgives Henry (guest star Michael Pitt) for his one-track mind, he gives Jen the most romantic night of her life.

My point is: to err is human, to forgive; divine. Hasn't he paid enough penance?
—Grams to Jen

let that be enough | SWITCHFOOT
dawson tries to talk to joey

hazel | TROY YOUNG CAMPBELL
pacey + will at the station 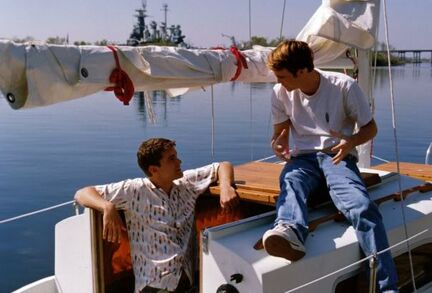 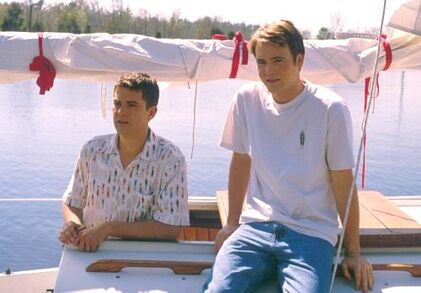 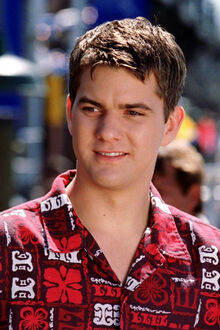