View source
watch 02:24
Wiki Targeted (Entertainment)
Do you like this video?
Play Sound

REVELATIONS – In a compelling two-part episode, the Capeside High School gossip mill kicks into overdrive after Jack (Kerr Smith) bears his soul in a English assignment and is forced to expose his innermost secrets while reading the poem aloud in class, leaving Dawson (James Van Der Beek), Joey (Katie Holmes) and Andie (Meredith Monroe) shaken by the implications of what it all means. Meanwhile, Pacey (Joshua Jackson) tries to defend Jack in the face of an adversarial teacher, and Jen (Michelle Williams) finds her latest suitor Ty (guest star Eddie Mills) is full of surprises.[2]

Today
Today was a day the world got smaller, darker
I grew more afraid
Not of what I am, but of what I could be
I loosen my collar to take a breath. My eyes fade
And I see... Him. The image of perfection
His frame strong, his lips smooth. I keep thinking, "What am I so scared of?"
I wish I could escape the pain, but these thoughts, they invade my head
Bound to my memory, they're like shackles of guilt
God, please set me free
Free from the pain and this guilt
So that I may face Tomorrow, Today

❝ Pacey Witter is leaving early, to do homework ❞
—Dawson to Jack and Pacey

❝ Peterson makes him read his poem in class and he starts crying. Here's the best part: the poem... is about a guy. McPhee is a total homo ❞
—Three horrible high school guys

❝ You've heard about it? I've heard everything from 'Jack is seen regularly wearing dresses down main street to he's checked into a monastary to deal with his sexual ambivalence ❞
—Joey to Dawson

❝ The hell I can't, I've been waiting to fail you all quarter! ❞
—Peterson to Pacey

❝ I didn't need a hero! I recognise it's an addiction of yours, but this is an instance where you should've just keep your nose out of it ❞
—Jack to Pacey

❝ In my lifetime, Pacey, I will never be ashamed of you ❞
—Dawson

❝ While I respect this system, I don't respect men like you, Mr. Peterson. I don't, I can't and I never will ❞
—Pacey to Principal Markham, Mr. Milo and Peterson

know what you mean | SISTER 7
dawson and joey; andie and pacey

I do | LISA LOEB
jen and ty on the phone

smoke | NATALIE IMBRUGLIA
pacey in the office; pacey and andie

only lonely | HOOTIE AND THE BLOWFISH
jack and joey hug

I'd buy the Viper
if I had twenty-five grand
I don't, so I can't

SONNET (ODE TO THE SPORTS CAR)

Shall I compare thee to my favorite Porsche?
Thou art almost as lovely as its shine
Thou surely art more lovely than some Borscht.
and lovelier still since my dear you're mine
How do I find the words to say "you drive?"
I'm grounded cause I stole my father's car
I'm grateful that your car is still alive
without it you and I would not get far

So even though you drive like you're on crack
I like to watch your face behind the wheel
and though we may be dead before we're back
I still think you're the only thing that's real
I'd choose you o'er a sports car any day
but both would be ideal I have to say! 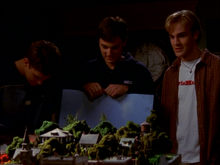 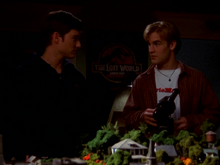 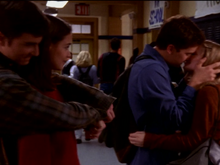 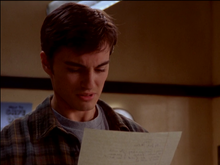 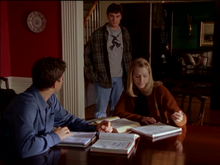 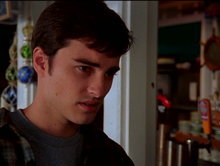 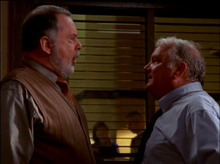 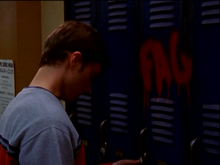 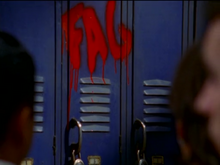