❝ Lots of things in life suck, Pacey! That's why it's my job to prepare you for that inevitability ❞
—Pacey's dad

Uncharted Waters is the 12th episode of Season 2 of Dawson's Creek.

DON'T ROCK THE BOAT – A father-son fishing trip provides a forum for Dawson (James Van Der Beek) and Pacey (Joshua Jackson) to air their frustrations over their dysfunctional paternal relationships, and a last-minute addition to the crew has Dawson wishing he was back on dry land. Meanwhile, when the girls help Gale (Mary-Margaret Humes) with a news piece on teenage trends, Jen (Michelle Williams) and Joey (Katie Holmes) dig to the core of their animosity towards each other, and an unhealthy dose of Abby's (Monica Keena) bitterness nearly turns "Ladies Night" into a full-fledged cat fight.

❝ I know it's not the same, but there are other people in your life who recognize and respect your talent and intelligence. One of them is standing right in front of you. The other one is probably sitting in her bedroom having a perky coronary in anticipation of your return from sea ❞
—Dawson

if I had a boat | LYLE LOVETT
dawson & jack talk

slowly I turned | BLACK TOAST MUSIC
at the bar

ode to stevie | BLACK TOAST MUSIC
at the bar

my door is always open | BINGE
dawson and mitch talk

peace in the water | ROBYNN RAGLAND
andie, jen and joey talk about their lives

best of me | FAR TOO JONES
jack & pacey catch a fish 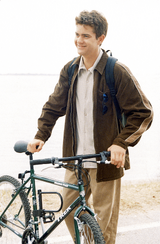 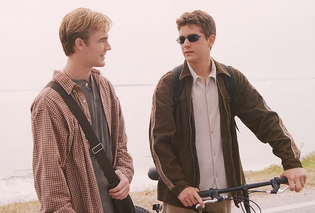 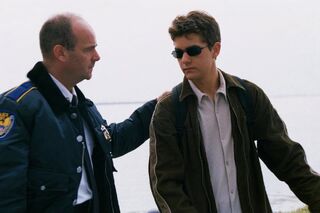 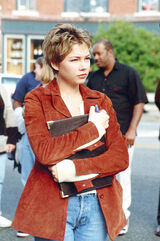 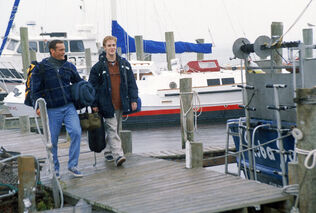 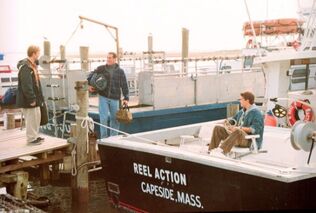 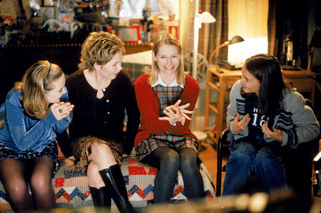 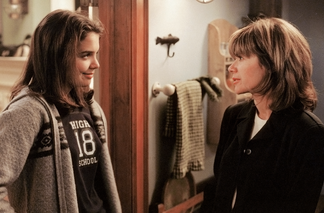 Add a photo to this gallery

Retrieved from "https://dawsonscreek.fandom.com/wiki/Uncharted_Waters?oldid=22190"
Community content is available under CC-BY-SA unless otherwise noted.